Seaasonal prayers for the Celtic year 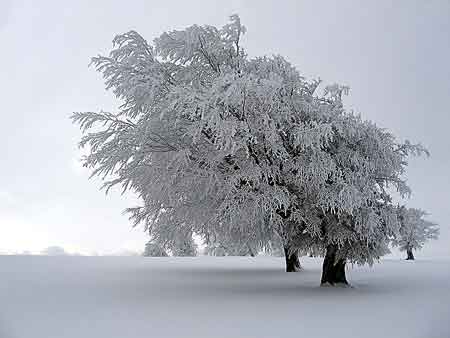 Is it a good thing for Christians to be looking at these more natural festivals and even celebrating them? Well, I think if you strip them down to their bare essentials then there is something to be learned and celebrated in these seasonal festivals. Christianity tried to blot them out and replace them, but maybe we should have looked more closely at the social and cultural reasons behind them, and brought our Christian perspective and knowledge of God into them.

Briefly, the Celtic Year traditionally (though open to debate!) starts with the celebration of Samhain (pronounced 'sow'inn' and the word for November in some Gaelic languages) which is a celebration of the end of the harvest season in Gaelic culture. It was also the time of year when the veils between this world and the Otherworld were believed to be at their thinnest: when the spirits of the dead could most readily mingle with the living once again. Later, when the festival was adopted by Christians, they celebrated it as All Hallows' Eve, followed by All Saints Day, though it still retained elements of remembering and honouring the dead (not forgetting the festival of Harvest Thanksgiving which tends to be a moveable feast these days)

In Ireland the year was divided into two periods of six months by the feasts of Beltane (May 1) and Samhain ( November 1), and each of these periods was equally divided by the feasts of Imbolc (February 1st or 2nd), and Lughnasadh (August 1)

Beltane (the Gaelic names for either the month of May or the festival that takes place on the first day of May) is a festival celebrating the beginning of summer and open pasturing in Ireland and Scotland. There were similar festivals held at the same time in the other Celtic countries of Wales, Brittany and Cornwall. The festival persisted widely up until the 1950s, and in some places the celebration of Beltane continues today. Pilgrimages to holy wells are traditional at this time, and offerings and prayers to the spirits or deities of the wells are usually part of this practice.
Early Christianity had a policy of 'Christianising' pagan festivals so it is perhaps no accident that St. Walpurga's day was set to May 1st.

Imbolc most commonly is celebrated on February 2nd, since this is the cross-quarter day on the solar calendar, halfway between the Winter Solstice and the Spring Equinox in the northern hemisphere. Among agrarian peoples, Imbolc has been traditionally associated with the onset of lactation of ewes, soon to give birth to the spring lambs. The Christian Church of course sought to introduce an alternative festival and so the Feast of the Presentation of Jesus at the Temple celebrates an early episode in the life of Jesus, and falls on or around February 2nd.

Lughnasadh marked the beginning of the harvest season, the ripening of first fruits, and was traditionally a time of community gatherings, market festivals, horse races and reunions with distant family and friends. On mainland Europe and in Ireland many people continue to celebrate the holiday with bonfires and dancing. The Christian church has established the ritual of blessing the fields on this day and in some English-speaking countries in the Northern Hemisphere, August 1st is Lammas Day (loaf-mass day), the festival of the first wheat harvest of the year. On this day it was customary to bring to church a loaf made from the new crop.

Wiinter Solstice - In pre-historic times, winter was a very difficult time for people in the northern latitudes. The growing season had ended and the tribe had to live off of stored food and whatever animals they could catch. The people would be troubled as the life-giving sun sank lower in the sky each noon. They feared that it would eventually disappear and leave them in permanent darkness and extreme cold. After the winter solstice, they would have reason to celebrate as they saw the sun rising and strengthening once more. Although many months of cold weather remained before spring, they took heart that the return of the warm season was inevitable.
(source Wikipedia)

These new liturgies will be posted as written, and hopefully in time for the relevant festival. I hope that they will prove useful (Let me know!)

For the promise of harvest
contained within a seed
we thank you.
For the oak tree
within an acorn
The bread
within a grain
The apple
within a pip
The mystery of nature
gift wrapped
for us to sow
we thank you