A Personal Collection of Favourite Quotes 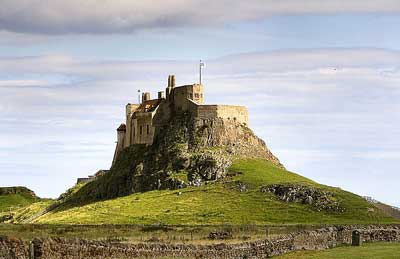 There are lots of websites offering Christian quotes, or inspirational quotes and this is no attempt to try and emmulate those - simply a small list of quotes which I find helpful.


"How strange is the lot of us mortals! Each of us is here for a brief sojourn;for what purpose we know not, though sometimes sense it. But we know from daily life that we exist for other people first of all for whose smiles and well-being our own happiness depends."
--- Albert Einstein


"A human being is part of the whole called by us universe , a part limited in time and space. We experience ourselves, our thoughts and feelings as something separate from the rest. A kind of optical delusion of consciousness. This delusion is a kind of prison for us, restricting us to our personal desires and to affection for a few persons nearest to us. Our task must be to free ourselves from the prison by widening our circle of compassion to embrace all living creatures and the whole of nature in its beauty... We shall require a substantially new manner of thinking if mankind is to survive."
--- Albert Einstein


"If New Testament Christianity is to reappear today with its power and joy and courage, men must recapture the basic conviction that this is a Visited planet. It is not enough to express formal belief in the "Incarnation" or in the "Divinity of Christ"; the staggering truth must be accepted afresh -- that in this vast, mysterious universe, of which we are an almost infinitesimal part, the great Mystery, Whom we call God, has visited our planet in Person. It is from this conviction that there springs unconquerable certainty and unquenchable faith and hope. It is not enough to believe theoretically that Jesus was both God and Man; not enough to admire, respect, and even worship Him; it is not even enough to try to follow Him. The reason for the insufficiency of these things is that the modern intelligent mind, which has had its horizons widened in dozens of different ways, has got to be shocked afresh by the audacious central Fact -- that, as a sober matter of history, God became one of us."
--- J.B. Phillips


"My religion consists of a humble admiration of the illimitable superior spirit who reveals himself in the slight details we are able to perceive with our frail and feeble minds. That deeply emotional conviction of the presence of a superior reasoning power, which is revealed in the incomprehensible universe, forms my idea of God."
--- Albert Einstein


"The Christian does not think God will love us because we are good, but that God will make us good because He loves us; just as the roof of a sunhouse does not attract the sun because it is bright, but becomes bright because the sun shines on it."
--- C.S.Lewis


"Like water, be gentle and strong. Be gentle enough to follow the natural paths of the earth, and strong enough to rise up and reshape the world. "
--- Brenda Peterson

"We cannot but admit that not even the least thing takes place unless it is ordered by God. For who have ever been so concerned and curious as to find out how much hair he has on his head? There is no one. God, however, knows the number. Indeed, nothing is too small in us or in any other creature, not to be ordered by the all-knowing and all-powerful providence of God."
--- Zwingli, Huldryrch


"When the author walks on the stage the play is over. God is going to invade, all right...something so beautiful to some of us and so terrible to others that none of us will have any choice left? For this time it will be God without disguise...it will be too late then to choose your side. There is no use saying you choose to lie down when it has become impossible to stand up."
--- C S Lewis


"Sometimes the Lord rides out the storm with us and other times He calms the restless sea around us. Most of all, He calms the storm inside us in our deepest inner soul."
--- Lloyd John Ogilvie


"Climb the mountains and get their good tidings. Nature's peace will flow into you as sunshine flows into trees. The winds will blow their own freshness into you, and the storms their energy, while cares will drop off like autumn leaves."
--- John Muir


"The most alarming of all man's assaults upon the environment is the contamination of air, earth, rivers, and sea with dangerous and even lethal materials. This pollution is for the most part irrecoverable; the chain of evil it initiates not only in the world that must support life but in living tissues is for the most part irreversible. In this now universal contamination of the environment, chemicals are the sinister and little-recognized partners of radiation in changing the very nature of the world--the very nature of its life."
--- Rachel Carson 1962


"The more we are separated from nature, the unhappier we get. "
---Unknown


" I will thank (God) for the pleasures given me through my senses, for the glory of the thunder, for the mystery of music, the singing of the birds and the laughter of children… Truly, O Lord, the earth is full of thy riches! "
--- Edward King (1829-1910) Bishop of Lincoln


"Yet of his being who shall be able to speak? Of how he is everywhere present and invisible, or of how he fills heaven and earth and every creature, according to that saying, Do I not fill heaven and earth? Saith the Lord, and elsewhere, The Spirit of God, according to the prophet, has filled the round earth, and again heaven is my throne, but earth is the footstool of my feet?"
---Columbanus (540-615) Irish monk and missionary


"If God could be found on this side of the sea we would indeed journey across. Since, however, God is near to all who call upon him, we are under no obligation to cross the sea. The kingdom of heaven can be reached from every land."
--- Samhthann (?6c.) Celtic virgin


" If I could live in a tiny dwelling on a rock in the ocean, surrounded by the waves of the sea and cut off from the sight and sound of everything else, I would still not be free of the cares of this passing world, or from the fear that somehow the love of money might still come and snatch me away. "
---- Cuthbert of Lindesfarne (d.687) Monk in Scotland, later Bishop of Lindesfarne


" The entire way of life of stillness is interwoven with the following three virtues: with faith that comes from listening, and with hope and with love, out of which real faith is made known. "
--- Dadisho (7c.) Syriac spiritual writer


"Just as the sun, God's creature, is one and the same the whole world over, so also the church's preaching shines everywhere, giving light to all who want to come to a knowledge of truth."
--- Irenaeus (130-202) Bishop of Lyons


"All our life is a celebration for us; we are convinced, in fact, that God is always everywhere. We sing while we work, we sing hymns while we sail, we pray while we carry out all life's other occupations. "
--- Clement of Alexandria (c.150-c.215) Theologian


" God is invisible, though he is seen; incomprehensible, though manifested by grace; inconceivable, though conceived by human senses. "
--- Turtullian (?150-?212) North African Church Father


" God has made for us two kinds of eyes: those of flesh and those of faith. When you come to the sacred initiation, the eyes of the flesh see water; the eyes of faith behold the Spirit. Those eyes see the body being baptized; these eyes see the old existence being buried. "
--- John Crysostom (?347-407) Archbishop of Constantinople and Church Father


"You can set up an altar to God in your minds by means of prayer. And so it is fitting to pray at your trade, on a journey, standing at a counter or sitting at your handicraft."
--- John Crysostom (?347-407) Archbishop of Constantinople and Church Father


"God can be sensed when we gaze with trembling hearts at that power of his which controls, guides, and rules everything, when we contemplate his immense knowledge and his knowing look which the secrets of the heart cannot evade."
John Cassian (360-435) Monk, writer, traveller


"We marvel at the Creator, not only as the one who made heaven and earth, sun and ocean, elephants, camels, horses, oxen, leopards, bears and lions, but also as the one who made the small creatures: ants, gnats, flies, worms and the like - things whose shape we know better than their names. And as in all creation we revere his skill, so the one whose mind is given to Christ is earnest in small things as in great, knowing that an account must be given even for an idle word."
--- Jerome (331-420) Church Father

"Our thoughts ought by instinct to fly upwards from animals, men and natural objects to their creator. If created things are so utterly lovely, how gloriously beautiful must he be who made them! The wisdom of the worker is revealed in his handiwork."
--- Anthony of Padua (1195-1231) Franciscan


"Pleased be you, my Lord, with all your creatures, especially Sir Brother Sun, who is the day and through whom you give us light. And he is beautiful and radiant with great splendours and bears likeness of you, Most High One."
--- Francis of Assisi (1182-1226)

Copyright © John Birch, 2022 · Prayers written by the author may be copied freely for worship. If reproduced anywhere else please include acknowledgement to the author/website  ·  Privacy Policy