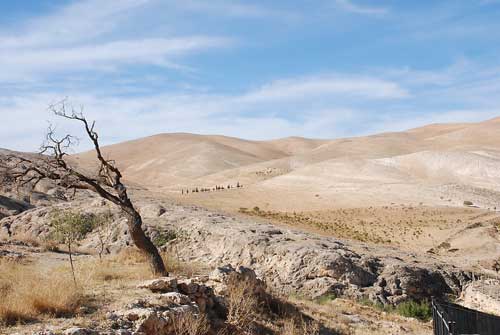 For centuries it would seem that Christians (with notable exceptions) have tried their hardest to confine God within the security of the four walls they call 'Church'. No more so than in the Celtic heartland of Wales where imposing chapels hint at past glories, walls (when they talk) fondly remember the days of revival, but dwindling congregations fail even to post the times of services on their notice board lest outsiders should wander in unannounced. Or at least that is how it appears to those who pass by.

It is here, behind closed doors that the business of being a Christian is conducted, rarely extending to the minutiae of everyday lives. As a result of this confinement it is not easy to encourage the positive connection between Creator and Creation that existed just a few centuries ago, when the population were so closely connected to the soil.

Today we find it increasingly difficult to experience the presence of God in our daily lives and within the landscape which we inhabit. Hence a broadening awareness of our spiritual heritage and looking to the past for our inspiration, to the early Christian converts of Britain and Ireland such as Saints Patrick, Aidan, David and their peers and that which is known with such enthusiasm as Celtic Christianity.

The Bible study on the website covers a series of ten themes which would possibly have resonated with thee early Christians in the Western regions of the Roman Empire who held on as long as they could to their particular expression of Christianity. A faith which accompanied them on their everyday struggles, in a much wilder and untamed world than we now inhabit!

Although our understanding of Christianity and organised faith in these early years is hazy and open to interpretation, we do have the evidence of some written work that is contemporary. Of all the writings that have been handed down to us from those early years one of the most important is the Confession of St. Patrick, which in the beauty of its language reinforces our view that these early saints were very much in touch with the natural world in which they lived.

'... after I had come to Ireland I daily used to feed cattle, and I prayed frequently during the day; the love of God and the fear of Him increased more and more, and the faith became stronger, and the spirit was stirred; so that in one day I said about a hundred prayers, and in the night nearly the same; so that I used to remain in the woods and in the mountains ...'

If using this as a group study

It can be useful to incorporate a visual aid or two into the centre of a study, in order to become not only a focus for discussion but also to centre thoughts for prayer.
What to use is rather dependent upon the resources available locally. Water is usually to hand; a rock could be used to symbolise a mountain; a candle for light; a tray of sand can be your wilderness; a plant in a pot the green place. Trees, fruit and seed can be found in our locality, and imagination can do the rest!
Prayer is important within the context of study. To begin and end a meeting with prayer is good, both to centre the mind and heart spiritually and to offer a response. As an opening prayer I offer the following:

For the knowledge of your presence
in the warm embrace of a summer sun
refreshing breeze, cooling stream
the tranquillity of a mountain scene
we acknowledge you, Creator God

For the knowledge of your presence
in nature's wild and stormy days
wind and rain and thunder's roar
ocean pounding on the shore
we acknowledge you, Creator God

For the knowledge of your presence
on mountain peak and desert sand
in the quietness of a lonely place
resting in your warm embrace
we acknowledge you, Creator God