The biography of Bishop David 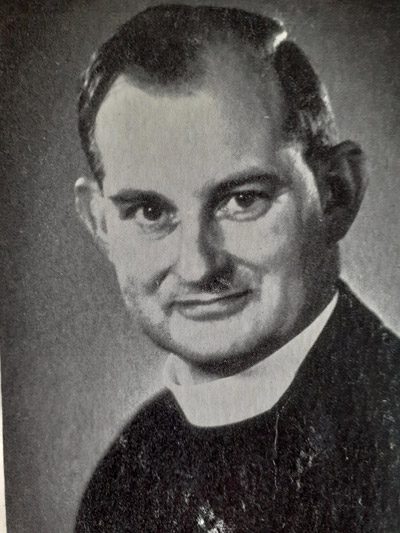 Bishop David was just 15 when he first heard God’s call to the ministry, as he sat in Ripon Cathedral on Michaelmas Day, September 29th, 1940.

He responded to the call during the war and in 1945, he was transferred from his regiment to be the Admin Officer at Church House in Preetz, near Kiel in North Germany, which was the Army chaplains’ department for 21 army group, and where demobbed servicemen were prepared for civilian life and vocational training. He flew home from there in the Queen Mother’s Dakota plane with the then Archbishop of York, Cyril Garbett, who had been out to visit the troops and stayed at Church House. Garbett insisted David attend a selection conference for ministry and then come to his diocese after he had undertaken training for ordination.

Having started his degree in English before the war at Clare College, Cambridge, David returned there in 1949 to read Theology and then undertook a practical and pastoral training course at Westcott House in Cambridge.

David was ordained on May 20th,1951, and did indeed come to the York diocese, as the Archbishop had instructed. He served as curate at St. John’s, Newland in Hull, where he met and married Enid in 1954. After their wedding, they moved to Windsor Castle, where David worked as a minor canon in St. George’s Chapel and curate at Eton. He was tasked with integrating East Enders who had been bombed out of London into the village of Eton Wick. David and Enid’s only child, Clare, was born in Windsor in 1956.

In 1957, David moved to the inner city parish of Grove Hill, Middlesbrough, and from thence, in 1960, to the idyllic, rural parish of Bolton Percy with Colton, ten miles from York. During his ten years there, he worked as Family Welfare Officer for the diocese and as Diocesan Training Officer. 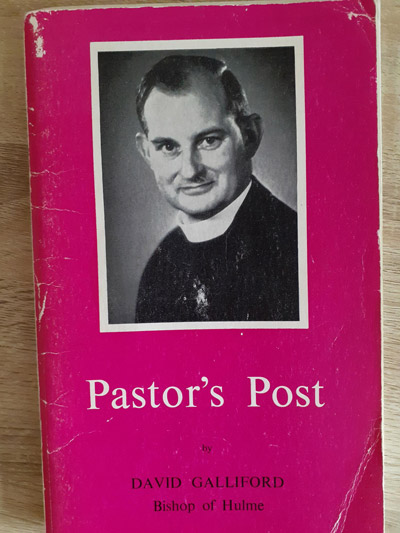 One day, the then Archbishop of York, Donald Coggan, took David to lunch at the Dean Court Hotel in the shadow of York Minster, overlooking St. Michael-le-Belfrey. “I want you to look after the little church over the road,” said Donald. David assumed he was referring to St. Michael-le-Belfrey, but the Archbishop assured him he meant the Minster, as it needed £2million raising to pay for the restoration of the Central Tower, which was in danger of falling down. “But I don’t know anything about money!” insisted David. “You soon will!” laughed the Archbishop. After instigating the appeal for £2 million and overseeing the restoration of the Central Tower, David was moved from being Canon Treasurer of York Minster, and consecrated Bishop of Hulme in the Manchester diocese, in 1975. He was then asked to be the first area Bishop of Bolton in 1984.

In 1983, Enid died, six months after the couple’s first grandchild, Chloe, was born. In 1986, another granddaughter, Tamsin, was born and in 1987 David married Claire, a lay reader in the diocese, and the family was extended by a further two daughters, Liz and Sue, and their husbands, Ben and Tim. In the next few years, three more grandchildren followed – Ali, Joe and Felicity. In 2012, a great granddaughter, Phoebe, was born to Chloe and Simon, followed in 2015 by Maisie.

In 1991, David and Claire retired to Thornton-le-Dale, from where David continued to work as an assistant bishop in the diocese. Now in a care home at the age of 95 and sadly widowed last year, David refuses to hang up the dog collar! Pre-Covid, he and Claire took services in the care home’s chapel, where this collection of sermons was given to largely house-bound residents.

Some of these sermons were intended to take the residents on a trip out of the confines of the care home, so David’s daughter, who edited the sermons, christened them ‘Magic Carpet’ sermons!

David offers these sermons with the prayer they may be a blessing and bring you ever closer to the Lord he has served for 70 years since his ordination on May 20th, 1951.